Yehudis Fletcher On Combatting The Systemic Harm In Haredi Communities 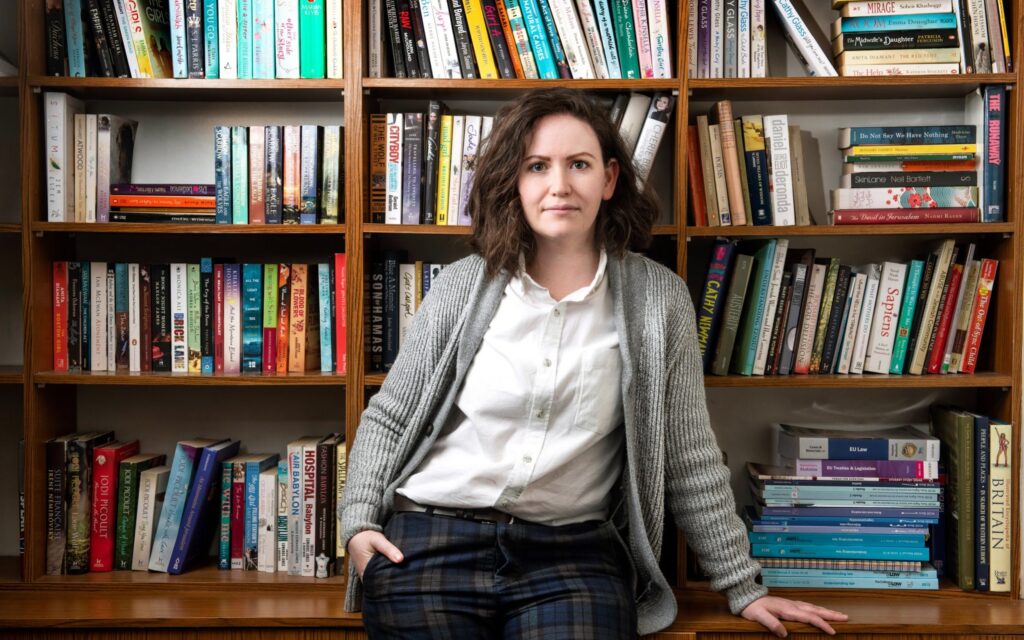 In New York alone, tens of thousands of young Haredi men are poised to finish high school without being able to communicate in English, do basic math, or have even a minimal grasp of American History. Without adequate secular education, more than half of Haredi Jews end up poor or near poor.

Unfortunately, this educational neglect is not just occurring in New York, nor is it the only systemic problem faced by those in the Haredi community. It is one of a series of challenges we see around the world.

Recently, Yehudis Fletcher, founder of Nahamu in the United Kingdom, spoke with Naftuli Moster, about the systemic abuses that plague the Haredi world and how her organization is working to combat them across the pond.

“Nahamu operates as a lobbying organization and think tank to really look at the systemic problems that exist, research them, and suggest policy solutions. We offer a frank and non-transactional view of what’s going on in the Haredi world.”

Fletcher herself was raised in a Haredi home. Her father was a Litvish rabbi in Glasgow, Scotland. Even as a young child she questioned the rules her family lived by.

“The biggest system in our community is the system of faith and the fear of heaven. This worry that if you do something wrong, what’s going to happen?”

Fletcher began testing the system by doing small acts of rebellion like avoiding the ritual washing of hands before eating challah on Shabbat. While there was no heavenly retribution, her defiance earned her a reputation as a troublemaker. She believes that this reputation contributed to her being targeted by a sexual predator when she was 15.

The traumatic experience of being sexually abused was compounded by the community’s disregard of what happened to her. Fletcher saw her experience as indicative of a larger systemic issue of covering up sexual abuse in Haredi communities.

“I don’t know anyone who really wants a pedophile to pray at their shul. Everybody that I know would very much like their children not to be exposed to them. But there are bigger systems at play that prevent those people from being reported to the police, that prevent good safeguarding policies being put in place. For whatever reason, the system is prioritized over the individual child.”

“The person I was matched with was also considered rebellious and I think I was marked as a potential kind of prey because I’d been abused in the past and therefore there was an assumption I could further be taken advantage of. That’s how I ended up in a really inappropriate marriage.”

In 2015, Fletcher attended the London School of Jewish Studies’ Susie Bradfield women’s leadership program, along with Eve Sacks, daughter-in-law of the former Chief Rabbi Lord Sacks. Together, the two women began examining the various forms of systemic abuse they had experienced and observed in their communities.

“We were able to identify 5 major forms of systemic abuse. The denial of secular education, particularly to boys; the coverup of sexual abuse; forced marriage; what we call call ‘coerced criminality,’ which is high levels of welfare fraud– that is very much linked to the denial of education and to forced marriage; and a general restriction of autonomy.”

Once they identified the systemic abuses in the Haredi community, Fletcher and Sacks began gathering experts to advise them. They were particularly interested in speaking with those who were well versed in extremism.

“We use the word extremism to talk about these harms… because that’s what they are, ideologically motivated harms. They’re not harms that people think, ‘well I have an unsatisfied need for power and control therefore I’m going to take excessive control over my household.’ We’re talking about people who do what they do because they think it’s ultimately for the benefit of their family and community.”

Fletcher notes that these systemic abuses are not limited to Jews in the UK. Extremism and centralized rabbinical control affects the lives of people living around the world.

“The Haredi community is a global community. You can be Satmar growing up in Stamford Hill and you have more in common with someone who grew up Satmar in Williamsburg than someone who grew up down the road from you. For instance, when leadership in Israel made the decision to keep boys yeshivas open during Covid, that decision had ramifications right here in Manchester in the UK.”

Fletcher also understood that extremism did not only happen in Haredi communities. She began to ally with people who had studied extremism in all its forms–right-wing, left-wing, religious-based, and others. Using the knowledge she gained, Fletcher founded Nahamu, a group focused on correcting the systemic issues in Haredi institutions. Nahamu’s first aim is to change the system of forced marriages, which they see as part of a larger policy of control.

“The reason why weddings continued during Covid is because forced marriages occur under a system of coerced control so you can’t just say,’ Well, we’ll stop controlling our young people… because if you take your foot off the brake and wait until Covid is finished… and bear in mind nobody knows when Covid will be finished… those people might not be so easily pushed into a marriage.”

Fletcher says the increased attention to Haredi weddings during the pandemic was a sign that the public was finally beginning to care about the harm caused by extremism in Jewish communities. But she takes issue with the fact that the public waited so long.

Fletcher is frustrated that there has been such disregard for people affected by these harmful extremist systems. She wants the public to understand how important it is that they educate themselves and feel empowered to get involved in helping Haredi people.

“Haredi people are just like you. We feel. We laugh. We breathe. We need things. We want things. We dream about things. And we deserve just the same things that you deserve. The idea that we don’t need to stand up against abuses that are being perpetrated because this is how Haredi want to live… this is real ‘othering’ of Haredi people.”

One important way to help stand up against the systemic abuses perpetrated on Haredi people is to insist on a real secular education for all children. Join Yaffed in our fight to ensure that every Haredi child receives the education that they deserve.