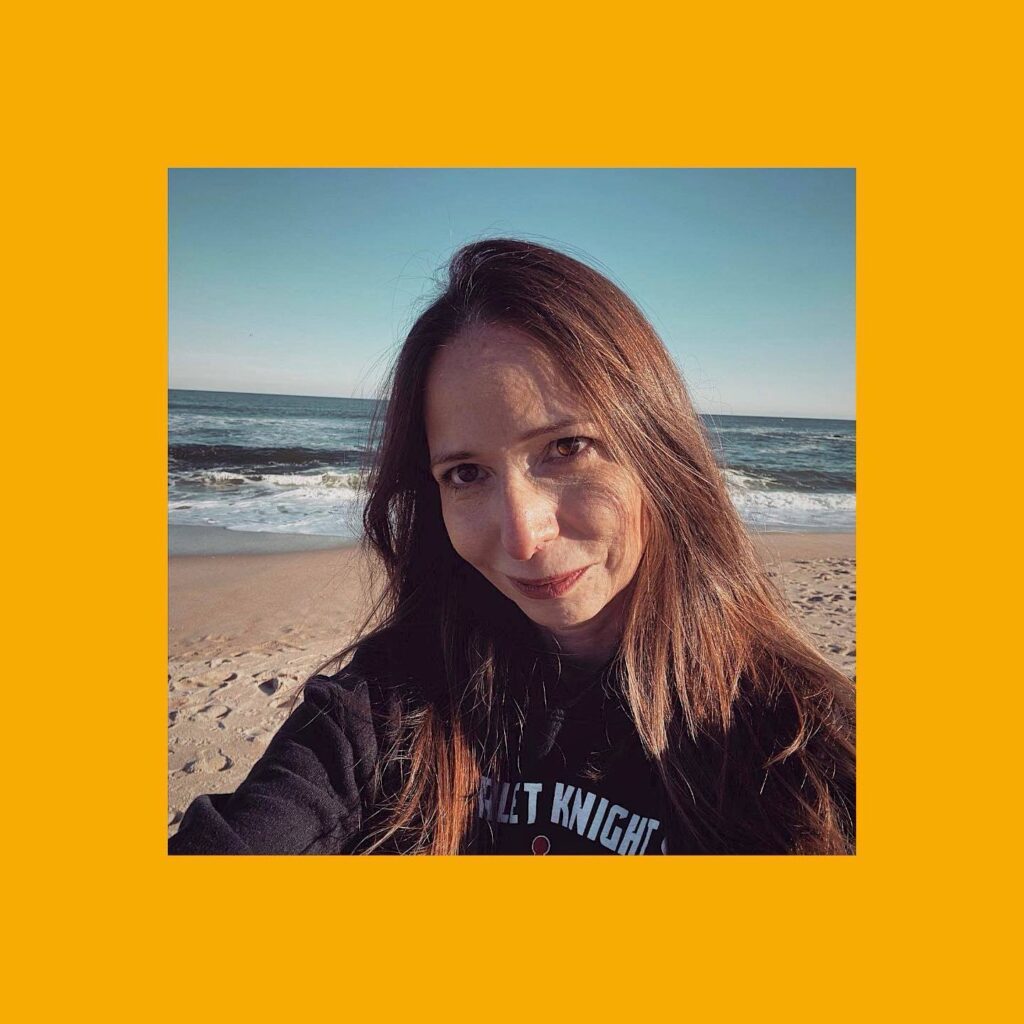 Yaffed has been fighting to end the educational neglect in Hasidic yeshivas for almost a decade. Since May of 2020, Vanessa Meghnagi has played a crucial role in that fight. Her position as the Director of Operations and Planning makes her responsible for both the backend work and future planning of Yaffed’s endeavors.

She recently spoke about the personal and professional experiences that led her to Yaffed.

“When I was young, my entire Jewish identity was about loving Israel, hating the Holocaust, repairing the world. When I became more involved in the ultra-orthodox world, I was a little shocked that nobody cared about those things.”

Vanessa recalls a particular incident when she went to her Haredi boss and asked his advice about whether or not she should join the school board.

His lack of concern for those outside the Jewish community was troubling to Vanessa. Her understanding of the systemic issues in the Haredi world deepened when she had her own children.

“When my kids were younger, they were in yeshivas where I didn’t think they were getting the appropriate secular education. Despite the fact that they were learning much more than Hassidish yeshivas were, they were still being limited to two to two and a half hours a day of secular studies. Their teachers were not qualified to teach toddlers, let alone middle school and high school.”

Because Vanessa herself had attended a reputable public school growing up, she understood how lacking her children’s education was and did her best to fill in the gaps.

“I read with them, took them to libraries, threw math questions at them while driving in the car, taught them about geography. It wasn’t easy because their school days were super long.  When my son was in fifth grade, he started at 7:30 in the morning, and he didn’t have secular studies until 2:30-5:30 in the afternoon. In that time period, he also had recess and gym for a good hour.”

While Vanessa was proactive in her children’s education, many others in her community were afraid to speak out.

“You’ll have people who will say, yes, of course, I want my child to get a better education, but if I say something, then my other children will not get good marriages. Not only that, even if my family decided that it was okay, my brother won’t be able to make a good shidduch because I spoke out. There’s just so much guilt. The shidduch (matchmaking) system, in the way it plays out, is really what drives a lot of the lack of education in the Hasidic community.”

For most people in Haredi communities, the pressure is just too much and they remain silent, allowing their children to stay in schools with no secular education at all. In fact, tens of thousands of Haredi children are poised to graduate without a basic knowledge of math, science, or social studies, and an inability to communicate effectively in English. A desire to end this educational neglect is what ultimately drew Vanessa to Yaffed.

“Way back in 2012, I saw that there was this one guy in Rockland County who was talking about this stuff. He was making noise. He was saying all the things that I’d been saying before, in my own kitchen, and only to the couple of people who would listen.”

That man she heard speaking was Naftuli Moster, who went on to found Yaffed in 2012 . But it wasn’t until 2020 that Vanessa finally reached out to Naftuli and began working for Yaffed. She and her family are so committed to the cause that her daughter is often referred to as a bumble bee because she regularly wears a black and yellow Yaffed t-shirt with black sweatpants and bright yellow Doc Martens and a Yaffed mask

Vanessa’s personal and professional experiences have given her unique insight into how to help the Haredi community.

“Number one is to get involved, learn about the issue, talk to people. We have a ‘take action’ page on our website that makes it really easy to write to your senator, your congressman, all of your legislators, and of course we can always use donations.”

One of Vanessa’s goals is to educate the broader community on the situation. She believes that the more people understand that not all Haredi Jews are in favor of denying their children a secular education, the more that they’ll reach out to help.

To find out how you can learn more about the educational neglect in Haredi schools and take action, visit us at Yaffed.