Why Is No One Ensuring That Hasidic Kids Get A Real Education? 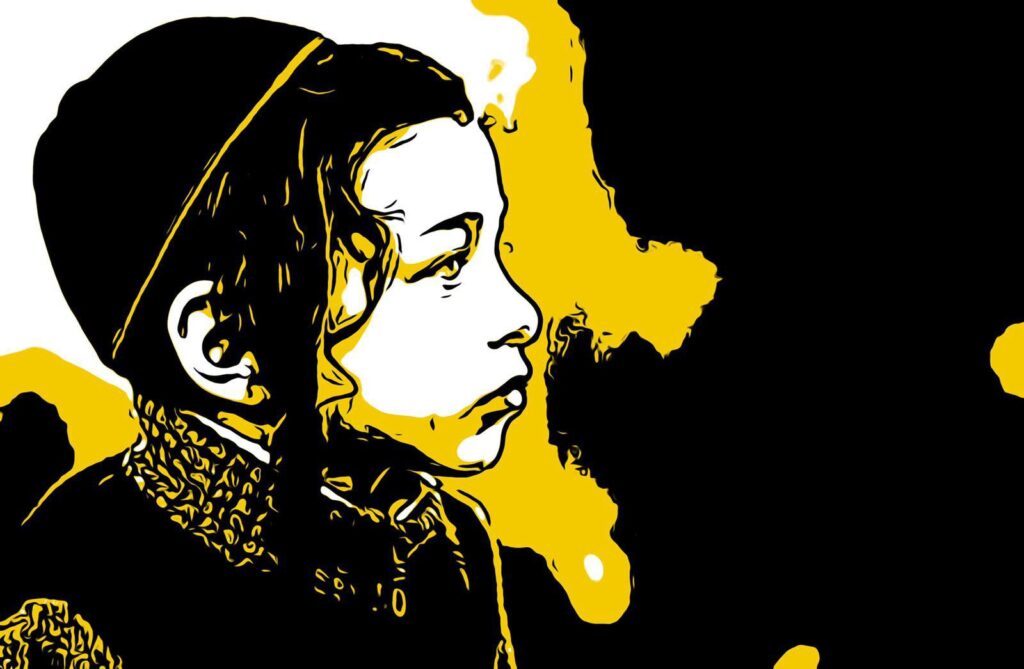 Hasidic Jewish teenage boys spend about 12 hours each day learning at religious high schools (known as yeshivas.) And yet, many young men leave Yeshiva with barely any math or science skills, or even the ability to read English beyond an elementary school level. This lack of basic education makes them especially vulnerable to poverty. In fact, about 43% of Hasidic families in New York are poor and another 16% are near poor.

And the situation keeps getting worse. The last decade has seen rapid population growth in ultra-Orthodox communities without any improvements in education, drastically increasing the number of Hasidic Jews who need to rely on public assistance.

These numbers are especially significant because, by 2030 between 23-37% of Brooklyn school age children will be Hasidic. If the issue isn’t resolved soon, these children will enter into adulthood with no English, math, science, or social studies knowledge, resulting in catastrophic consequences for the economic and social well being of this city.

Why is no one addressing this problem?

The reluctance for the public to get involved in issues involving Orthodox children’s education is largely based on misconceptions such as the following:

The misconception: Religious schools are exempt from government regulations

The truth: Private schools, including religious institutions, are required by law to meet specific educational standards

The truth: Hasidic yeshivas receive tens of millions in both federal and state dollars every year.

The truth: In the largely Hasidic area of Williamsburg, Brooklyn, the median household income in 2011 was $21,502, compared to the overall Brooklyn median of $46,958 and the New York city median of $52,737. The average number of children in a Hasidic family is 8… meaning… the majority of Hasidic families are poor.

The misconception: It’s not our community, not our problem:

The truth: Just as it would be our responsibility to report if a neighbor’s child were being neglected, it is all of our responsibility to make sure that Hasidic children are receiving a quality education. Not only is allowing these young people to go into the world with no marketable skills neglectful, but the repercussions also ripple out into the rest of society. For instance, without basic science knowledge, ultra- Orthodox communities are more likely to ignore Covid safety regulations, increasing everyone’s risk of transmission.

Why doesn’t the government step in?

Unfortunately, the government is often the biggest obstacle to regulating education in ultra-Orthodox schools. While New York State laws require that non-public schools provide an education that is “substantially equivalent” to that provided in the public schools, it’s been an “open secret” that yeshivas are largely ignoring the secular requirements.

As far back as the 1990’s, officials were aware that education in religious schools was not being adequately regulated. In 2000, New York Education Commissioner Richard Mills recommended adopting a proposal for increased accountability for student success in private schools. Yet, over 20 years later, little has been done to regulate religious schools.

Instead, elected officials continue to pander to communities who are blatantly ignoring the law. For instance, New York’s Mayor de Blasio openly praised Oholei Torah, a yeshiva that provides no secular instruction even to its elementary school students, for its “excellence” and its contribution to “well-rounded education.”

Why would the government knowingly allow yeshivas to use public money without following education guidelines?

The most likely answer is that the state officials are playing politics with children’s education.  The Hasidic community openly encourages community members to vote in large numbers as a “bloc.”  In order to get this substantial “bloc vote” politicians often turn a blind eye when communities break the rules, especially in education.

Unfortunately, the government’s refusal to address the situation combined with the public’s reluctance to get involved has meant that no one has been looking out for these kids.

That’s where Yaffed comes in…

In 2012, frustrated with his own Yeshiva experience, Naftuli Moster reached out to Civil Rights attorney, Michael Sussman. Sussman suggested that Naftuli organize a meeting of 20 yeshiva graduates from different schools to compare notes on their education.

While the schools were different, their experiences were the same.  Hours and hours of religious study with little to no time spent on math, English, science, or social studies.  None of the young men had the skills or education for anything more than a low paying factory job. Their yeshiva education was not even equivalent to a GED, so, for most, college was out of the question.

From that initial meeting, Young Advocates for Fair Education (YAFFED) was born. For almost a decade, Naftuli and his colleagues have been fighting tirelessly to make sure Hasidic kids get the education that they are entitled to under state and federal law.

Through community grass roots activism, Yaffed has been pressuring government officials to regulate yeshivas and enforce the laws in place. Their efforts have been met with great opposition, both from the government and within the ultra-Orthodox community.

But, beneath the wall of resistance, tendrils of hope are beginning to emerge. Hasidic parents are quietly reaching out for support, former Yeshiva students are volunteering time and resources, and, most importantly, there’s been a growing awareness of the far-reaching repercussions of denying Hasidic kids an access to basic education.

We know that organized public pressure is the best catalyst for legislative change. In 2017, The New York State Education Department pledged to revise their guidelines to enforce “substantial equivalency” laws in private schools. With enough public support, Yaffed can hold the Education Department to their promise, ensuring that the next generation of Hasidic kids gets the education they deserve.

Check back in the coming weeks for updates on our progress and to find out how you can help ensure that Hasidic children get the education they deserve.