Why Don’t Hasidic Families Switch Schools To Get A Better Education? 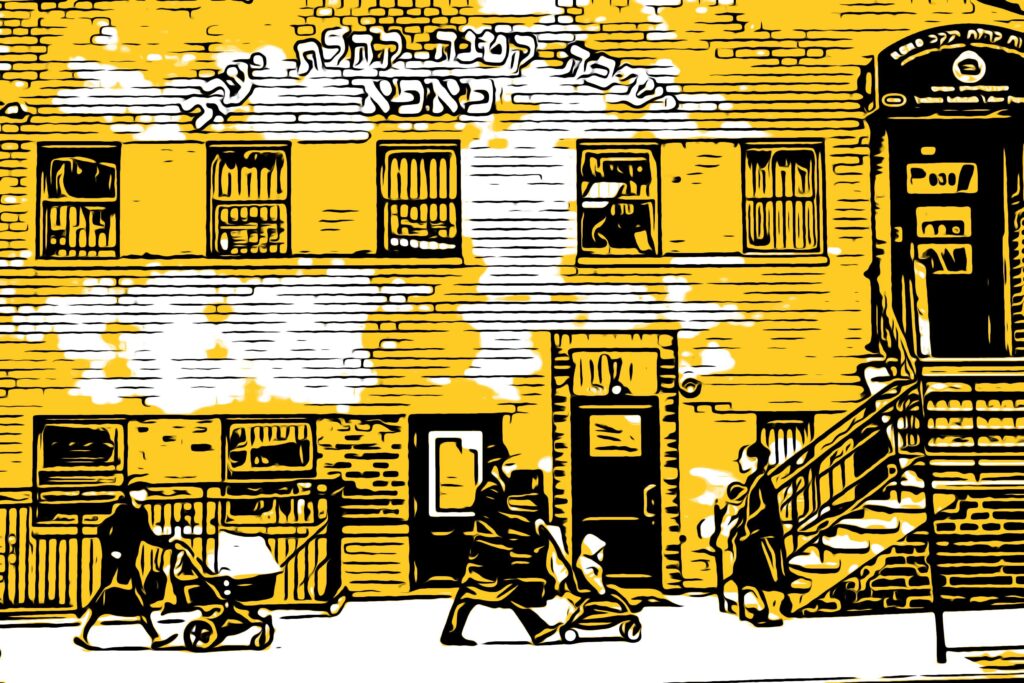 “Why don’t they just switch schools?”

This is a question that we often hear in response to the stories of parents or yeshiva graduates who have experienced educational neglect in Hasidic yeshivas.  For people outside of the Hasidic world, switching schools may seem like the most logical choice. In fact, many non-Orthodox Jews have a sense of righteous indignation as they demand to know why parents even send their kids to these schools in the first place.

But, for those whose lives are deeply intertwined in these religious communities, the answer is not so simple. Read on…

What comes to mind when you think of private schools?

For most of us, the answer is CHOICE! Private schools allow parents to choose the optimal educational experience for their particular child. Right?

Meet Jennifer and Michael. Their son Jack is bright and excels at sports. They want to find a school that’s not too far from their Upper West Side apartment with a strong athletic program where Jack will be academically challenged. Jennifer would prefer that the school is faith based, while Michael wants to make sure that the class sizes are small. Jack just wants to go to a school where at least some of his friends are going.

Jennifer, Michael, and Jack tour several schools until they find one that meets all of their expectations and is in their price range.

Now meet Ruchy and Yanky.  They are part of the Bobov Hasidic community in Brooklyn. When their son Bentzi turns three, they don’t think about their educational preferences or price range. They don’t wonder which school would be best for Bentzi. They simply send him to the Bobov sect’s boys’ school where he will be with every single Bobov boy his age. Meanwhile, Bentzi’s sister Tzippy will go to the Bobov girls’ school where she will be with all other Bobov girls.

Why do Hasidic families feel like they have no choice in their children’s education?

Hasidic families’ lives are entirely centered around their particular sect. Everyone in the community attends the sect’s synagogue, and all holidays, celebrations, and events happen within the sect.

Yeshivas are an integral part of these communities. Beyond teaching texts and religious beliefs, Hasidic education seeks to transmit “Yiddishkeit,” or the ultra-Orthodox Jewish way of life. The Judaic studies teachers in these yeshivas are not simply educators, but role models who represent what it means to live by Torah values as defined by their communities. The idea of going outside the community for school is just not seen as an option.

Since most Hasidic schools are similar in their approach, even if a parent were to take the bold step of sending their child to a yeshiva from a different sect, they would still face the same issues of educational neglect.

(This lack of choice can be especially difficult for a child with special needs, since most yeshivas aren’t equipped to offer adequate support and/or accommodations to kids with complex special needs and/or behavioral challenges. Unfortunately, most parents feel like they have no choice but to keep their children in these inadequate settings.)

Are public schools ever an option?

Life in Hasidic communities is so enormously different than in the secular world that most parents would not even think to consider public school as an option. The Hasidic leadership considers the dress code, educational content, food, and culture of public school to all be incongruous to the Hasidic way of life.

The risk of going in opposition to these community leaders is just too high, especially since the limited education and English proficiency of most men makes them dependent on communal resources and employment opportunities to support their families.

In the unlikely event that a parent did decide to send their child to public school, all of their children’s marriage prospects would be at risk and the entire family would likely face ostracization.

What about families in which one parent has left the Hasidic community?

A situation in which one parent has left the community is extremely painful and difficult for all parties involved. Because secular schools are considered incompatible with religious life, the parent who remains in the Hasidic community will often fight for custody and exclusive rights over the child’s education, usually with the support of the rabinic leadership.

If the non-Hasidic parent wants a different education for their child, they will face immense opposition from the community they left. The religious community quickly rallies around the parent who has remained religious, providing financial and legal support. Because custody cases typically favor maintaining the status quo for children, it is rare for the child to be permitted to change neighborhoods or schools.

Yaffed often hears from parents and graduates who have experienced similar situations. Just weeks ago, a mother of a Hasidic yeshiva student who is currently embroiled in a custody battle shared the letter she received from the head of her son’s school. The mother believes that the school coordinated with the father in getting this letter out in order to convince the judge that moving to a non-Hasidic neighborhood was not in the best interests of the child.

A letter like this can be used in court to show that the non-Hasidic parent is not doing what is in the best interests of the child. The fear of losing custody of their children prevents many parents from changing neighborhoods or schools.

Without the support of the public and political leaders, this intimidation and educational neglect will continue to happen.

Join Yaffed in our fight to make sure that every Hasidic child is given the education they deserve.

1 thought on “Why Don’t Hasidic Families Switch Schools To Get A Better Education?”