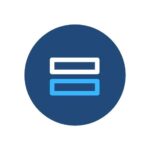 What is Substantial Equivalency?

Yaffed believes that all yeshivas in New York City should meet all state laws and guidance regarding educational standards. 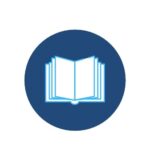 Outline of Proposed Regulations to Determine Equivalency of Instruction in Nonpublic Schools:

(Part 130 of the Regulations of the Commissioner of Education Relating to Substantially Equivalent Instruction for Nonpublic School Students, July 2019)

Yaffed supports the aforementioned regulatory requirements as set forth by NYSED. We believe yeshivas are capable of providing robust secular instruction alongside a religious education, particularly given the length of the average Hasidic yeshiva school day. We seek to advocate for the enforcement of the pre-existing law that protects the educational rights of nonpublic school students. 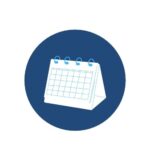 1894 – New York State Education Law §3204(2) – “if a child of compulsory attendance age “attend[s] upon instruction elsewhere than at a public school, such instruction shall be at least substantially equivalent to the instruction given to children of like age at the public school of the city or district in which such child resides.”

2010-2012 – Hasidic yeshiva graduate Naftuli Moster begins contacting NYSED officials to inform them that many yeshivas in New York fail to provide students with a basic education; Moster and others meet with NYSED and NYCDOE officials. Several officials promise to follow up, but they do not. Moster founds Young Advocates For Fair Education (YAFFED) with the help of fellow yeshiva graduates.

2013 – YAFFED attempts follow up contact with NYSED and the DOE but neither agency responds and no action is taken to improve yeshiva education.

July 2015 – YAFFED issues a letter to the DOE and superintendents, signed by 52 yeshiva graduates, parents, and teachers, identifying 39 yeshivas not meeting standards.

July 2015 – DOE officials confirm to the New York Jewish Week that they will investigate Yaffed’s complaint.

December 2015 – DOE officials meet with YAFFED and promise a report by the end of Spring 2016.

May 2016 – In a City Council Education Committee hearing, Chancellor Farina promises that a report will be released “in a month or so.”

April 2019 – “Albany County Supreme Court annulled the updated guidance on the grounds that the guidance was a ‘rule’ and needed to be formally promulgated in accordance with the State Administrative Procedures Act.”

July 2019 – In response to the court’s ruling, NYSED publishes proposed additions to substantial equivalency regulations and opens it up to public comments.

April 2020 – The New York Post publishes emails that prove NYC Mayor knew and deliberately participated in the deal to delay the Yeshiva investigation.

November-December 2020 – Board of Regents conducts stakeholder engagement regional meetings, a process set in motion in order to obtain feedback and input about the proposed substantial equivalency amendments. 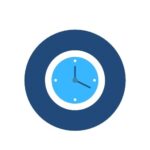 Where Are We Now?

Without the enforcement of substantial equivalency, this is the current reality of yeshiva education:

In contrast to New York public schools, and to the New York State Education Department’s guidelines for non-public schools, Hasidic yeshivas provide little or no general education in secular subjects such as English, math, science, and social studies. Among boys’ schools, the youngest and oldest grades provide no secular education. In between, typically from age seven to age 12, boys receive 90 minutes of secular studies four days a week. Once they reach high school, most boys receive no secular studies at all, even though they spend up to 14 hours a day in yeshiva.

With only four to six hours per week of unqualified instruction in the most basic of secular subjects, students in Hasidic yeshivas – especially boys – are not being educated at a level that meets state guidelines.

Yeshivas argue that students are receiving secular education instruction through their Torah and Talmud studies. While the Torah does detail mathematical dimensions, like in passages about the building of Noah’s Ark or the Tabernacle, this is not a substitution for formal mathematical instruction that follows a curriculum. Most importantly, a passing math reference within the context of religious learning does not mean that a yeshiva student has learned math. Without the mathematical foreknowledge needed for a well-rounded understanding, learning about Biblical measurements does not adequately equip these students with the broader mathematical knowledge they should otherwise have received throughout their schooling. 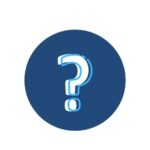 The Myth: Accreditation agencies claim that state inspections would be an undue burden for their members, but also maintain that their own accreditation process is even more rigorous than the state standards.
The Truth: The “burdensome” regulations propose one inspection within the next 2-3 years and once every 5 years thereafter. The resources dedicated to complying with  this review will be minimal and infrequent.
The Myth: Opponents of the proposed regulations present them as a sudden intrusion on the private school community.
The Truth: In fact, the “substantial equivalency” law has been on the books since 1894. That the state chose to ignore the law for so long does not make it a new  requirement.
The Myth: Substantial equivalency inspections would put the privacy of students at risk.
The Truth: This is unfounded. Both the state and the schools have the same legal obligations (FERPA) as they relate to confidentiality and student privacy.
The Myth: The proposed regulations would effectively change the governing structure of the school, putting the state in charge of their internal governance and curriculum.

The Truth: The regulations do no such thing. Nonprofits, including private schools, already comply with regulations at the federal, state, and local level. These regulations are designed to ensure minimum standards are being met and not to shape the school or its governance.

The Myth: The DOE will be evaluating teachers.
The Truth: The state does not require certification for teachers in private schools, just that they be “competent.” It is inconceivable that teachers in a school accredited by a well regarded agency (such as NYSAIS) would not meet this standard.
The Myth: In lieu of these proposed regulations, accreditation agencies with a proven track record of ensuring adherence to substantial equivalency could oversee private schools.
The Truth: YAFFED aims to ensure that substantial equivalency as defined in the regulations is enforced in Hasidic and ultra-Orthodox yeshivas that have purposely neglected secular studies. Any enforcement mechanism must make sure there is no loophole for a bad faith actor to serve as an accreditation agency.
The Myth: Religious studies taught in ultra-Orthodox and Hasidic Yeshivas contain sufficient secular studies and would satisfy Common Core requirements.

The Truth: Yeshivas argue that students are receiving sufficient secular education instruction through their Torah and Talmud studies. For example: while the Torah does detail mathematical dimensions, like in passages about the building of Noah’s Ark or the Tabernacle, this is not a substitution for formal mathematical instruction that follows a curriculum. A passing math reference within the context of religious learning does not mean that a yeshiva student has learned math.

Many yeshiva students acquire an impressive mastery of religious texts and Judaic studies in accordance with their tradition, yet this does not negate the fact that all students are lawfully entitled to a substantive general education that will equip them for a self-sufficient life.

The controversy over secular education in Hasidic yeshivas has caused reputational damage to the nonpublic school community as a whole. Resolving the problem, and indeed being seen as part of the solution, will go a long way in repairing the damage done in recent years.