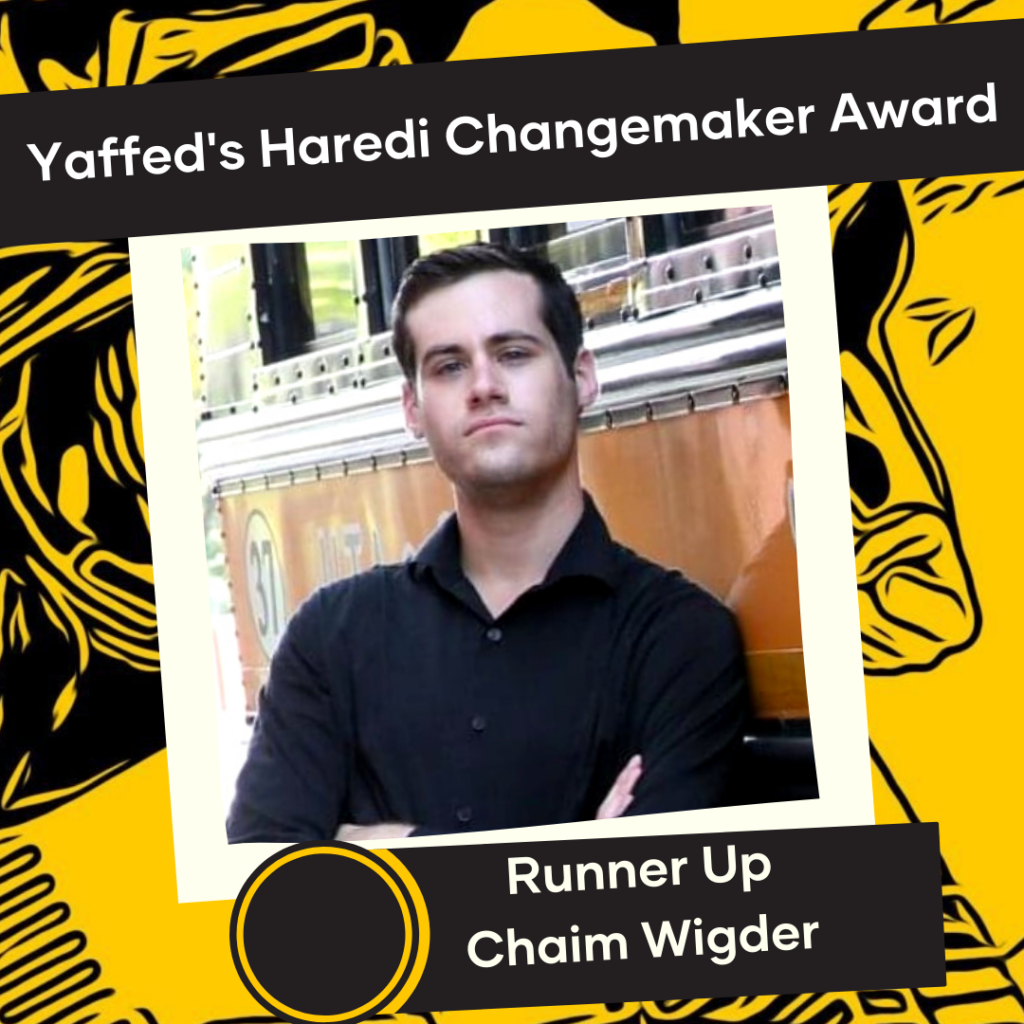 There are currently tens of thousands of young men in New York who will graduate from yeshiva with barely any English skills and no foreseeable route to continue their education. Not long ago, Chaim Wigder was one of these young men. Fortunately, Chaim was able to overcome the enormous odds against him and earn a college degree.

Chaim recently spoke with Naftuli Moster about his journey and how to help ensure that the next generation of Hasidic youth don’t face the same obstacles that he encountered.

“When I was in Satmer yeshiva, most of the day was spent on religious studies. At the end of the day, when we finally got to English, the kids were not in any place to sit down and learn how to read or multiply. We were mostly dancing on the tables,” Chaim explained.

The fact that secular studies were given short shrift at the end of a long day was not the only barrier to learning. Another problem was that the teachers themselves did not have the knowledge, qualifications, or desire to teach secular education. Chaim recalls teachers admitting to students that they were only allocating time for secular education as a formality and that there was no point in teaching or learning it.

Despite the severe lack of education, in high school Chaim began to take a closer look at what was happening in his yeshiva.

“I had a sense that something fishy was going on. We had time dedicated to secular education, but it just wasn’t happening. At the same time it was impossible to know what I was missing because I never had any experience of anything else. I always had a yearning for more knowledge but I could never articulate it or know what I was missing exactly.”

When Chaim reached his first year of high school, he had only a very basic knowledge of English and math and no understanding of science, social studies, or history. This presented a number of problems for him as he sought to continue his education.

“It’s hard to learn about World War II, for example, if you don’t even know what a continent is… or if you can’t point to Europe on a world map. It’s impossible to learn algebra if it takes you five minutes to solve a very simple multiplication problem.”

Chaim’s difficulties were not just academic. Growing up in an insular community meant very limited knowledge of societal and cultural issues.

“It took me a lot of work and a lot of time to get rid of many of the prejudices that were ingrained in me as a yeshiva student about the ‘outside world.’ To become an active participant in society was very hard because I didn’t understand anything about how society works, about our history, government, politics, or anything like that. It was like coming to a new country and having to relearn everything.”

It took Chaim six years to finish high school.  After graduating, he went on to earn a Bachelor’s degree in Psychology. Chaim currently works at Community Access providing services to underprivileged individuals and families in the New York City area.

Despite the long and complicated path towards earning a degree, Chaim knows that he was very fortunate.

“I luckily was able to get a high school education, but a lot of the yeshiva graduates that I know can barely speak English. It’s hard for them to go about their business completing everyday tasks that you need like filling out forms, reading things. And of course there’s the emotional problems that come as a result of not having an education.”

Chaim believes that the situation could change if more people stood up for the rights of Hasidic children. He said that, while many Hasidic families wish that their children received a better education, most don’t speak out for fear of embarrassment or intimidation.

Because change can’t only come from within, Chaim believes that the greater Jewish community also has a responsibility to stand up for Hasidic kids.

“There are sections of the Jewish community and its leadership that are so privileged that they don’t grasp the severity of the issues involved. For example, many of the Modern Orthodox communities received a robust secular education. They were prepared to go into college if they wanted to and they don’t understand how bad it is in the Hasidic yeshivas, so they end up being on the side of the Hasidic leadership.”

While community advocacy is essential, the biggest obstacle to giving Hasidic youth the education entitled to them by law may be politicians. Chaim blames lawmakers’ reluctance to get involved on a combination of advancing their own careers and ignorance about the educational neglect in Hasidic schools.

Still, despite the enormous obstacles, Chaim believes that there is a way forward.

“Ultimately, government action alone won’t be enough. It must be combined with other methods like participation by parents and students and community leaders. Working closely with those leaders who are on the side of Hasidic children, along with calling out those who are betraying their Jewish sons and daughters is extremely important.”

Chaim’s passion for helping end educational neglect has driven him to be a devoted advocate for Hasidic children. His hard work for the Hasidic community earned him Runner Up in Yaffed’s 2021 Haredi Changemaker Award.

Find out how you can help Chaim in his fight to ensure that all children have access to the education that they deserve.