All Orthodox Schools Are Not The Same: A Guide To Education By Community 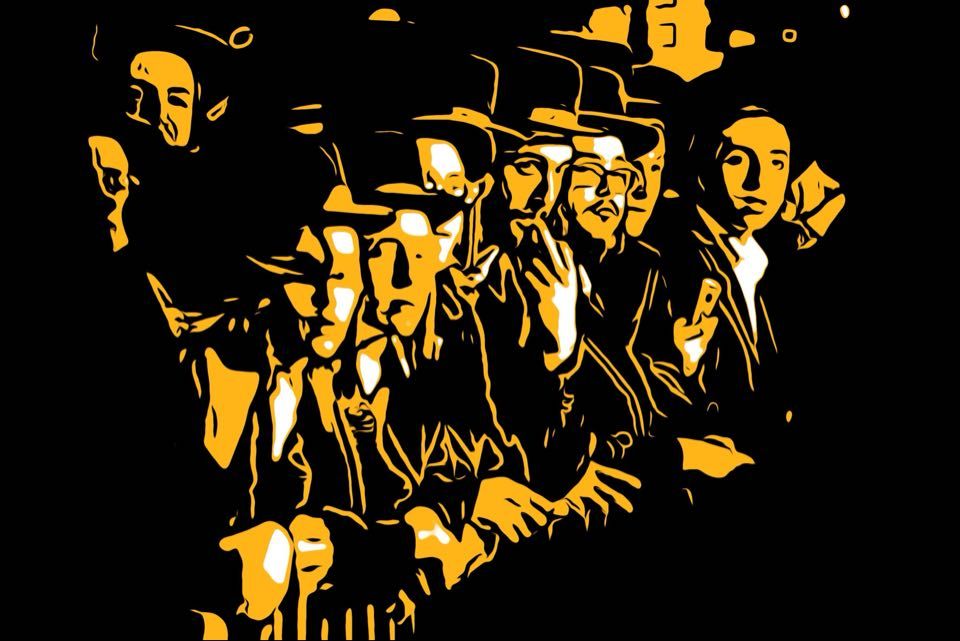 To people on the outside, the religious Jewish world can appear monolithic. Black hats and long beards have come to represent a way of life that follows specific rules very separate from those within secular society. But the truth is, there are many different levels of observance and affiliations within the religious Jewish community. To understand the role of education in this multifaceted Jewish world, it’s important to have a firm grasp of the nuances among the different communities.

Orthodox is the umbrella term most often used to describe the overall religious Jewish community.  The chief difference between Orthodox Jews and non-Orthodox Jews is that Orthodox Jews believe that the Torah was literally revealed to G-d by Moses on Mount Sinai and then passed down through generations of sages throughout history.

Towards the end of the 18th Century, many Jews began to shift away from more traditional religious beliefs and practices. Orthodox Judaism rose in opposition to this cultural shift.

Today, the term Orthodox Jew is used as a general term for Jews who follow a range of practices and/or customs, but are bound by their adherence to Halacha (Jewish law.)

Halacha requires strict observance of the Sabbath, along with dietary, purity, and ethical mandates. But, interpretation of Halacha can differ according to the specific group of Orthodoxy.

Although Modern Orthodox Jews generally adhere to the same Halacha as other branches of Orthodoxy, they also value the secular world as G-d-given and tend to be more integrated into contemporary life than other branches to the right of them in Orthodoxy. For instance, besides a few notable differences (skull caps for men, modest attire for women), MO Jews often dress in ways that are almost indistinguishable from the rest of society.

Education in MO communities is guided by a principle called Torah UMadda, which places value on the combination of both Torah and secular knowledge. MO people don’t view the two as being in opposition, rather they believe that Torah and secular studies should coexist and can even reinforce each other.

This integration of secular studies allows Modern Orthodox students to advance to higher education and enter a wide variety of careers.

While the outside world commonly uses the term ultra-Orthodox, the word Haredi is generally preferred within religious communities. Haredi Jews are defined by their strict adherence to Jewish Law and intentional separation from the rest of society.

Haredi youth are encouraged to marry young and have large families that live in close knit communities, with their own separate schools. Men and women both follow a precise dress code that emphasizes modesty and conformity.

Haredi Jews are generally categorized as either Litvish or Hasidic.

While the term Litvish (also called Yeshivish), specifically refers to Haredi Jews with roots in Lithuania, it’s commonly used to reference all Haredi Jews who follow Lithuanian customs, regardless of their ethnic background. Litvish Jews are the heirs of the mitnagdim, who resisted the rise of Hasidic Judaism in Europe.

Before WWII, Lithuania was home to a large and influential Jewish community. There were more than 110 synagogues and 10 yeshivas in Vilnius alone. Over the three years of German occupation, 95% of Lithuania’s Jewish population was massacred. The Jews that escaped primarily immigrated to the United States and Israel. Today, the Litivish community in the United States is largely based in Brooklyn and the Lakewood area of New Jersey.

After elementary school, girls go on to high school while boys continue to yeshiva. Most higher level Litvish yeshivas offer students an opportunity to receive a college degree, called a Bachelor of Talmudic Law, or BTL.

Because Litvish Jews receive more secular education and their primary language is English (instead of the Yiddish spoken by Hasidic Jews), they have more educational opportunities.

A small number of young men are even able to gain acceptance at elite graduate schools, such as Harvard Law School.

The Hasidic movement was founded in the 18th Century by Rabbi Israel Baal Shem Tov, otherwise known as the Baal Shem Tov. At the movement’s height in the 19th century, it is estimated that roughly half of Eastern European Jews were Hasidic.

The Baal Shem Tov taught that every Jew could connect with G‑d through learning Torah and doing good deeds with love, joy and humility. In fact, the term Hasidic is taken from the word “chesed,” which means kindness or loving kindness.

Hasidic Judaism stresses joy in worship, the study of mysticism, and the importance of seeking union with G-d. Hasidim tend to be more devoted to their “rebbes” than other Ultra-Orthodox Jews, sometimes even believing that they have supernatural powers.

The Hasidic population was decimated by the Holocaust, but later re-established themselves outside of Eastern Europe, primarily in New York City and Israel. Hasidim are typically the most visible Haredi Jews in New York City. They live in dense neighborhoods throughout Brooklyn, often separated by sect.

Within the Hasidic world, there are at least a dozen Hasidic dynasties of thousands of families and dozens more with a smaller number of adherents.  While there are fundamental similarities, each sect has its own traditions, largely dependent on their particular rabbinic leadership.  Many of the larger sects also have specific customs in the way that they dress. Yiddish is the primary language spoken in Hasidic communities.

Education in the Hasidic world is centered around Judaic learning. Even from a very young age, boys and girls learn separately. Once they reach adolescence, girls continue on to high school and then seminary, while boys go to yeshiva.

Although seminary education for girls varies, there is generally an emphasis on both secular and religious studies. The same is not true for boys. Hasidic boys receive a maximum of 90 minutes of secular education in elementary and middle school and none at all in high school. Instead, they spend up to 13 hours a day exclusively on religious studies.

While Hasidic girls may get a decent secular education, boys finish yeshiva without even a basic knowledge of English, math, science, history, or social studies, leaving them vastly unprepared to support themselves or their families.

Male Hasidic yeshiva graduates lack the English fluency and basic skills necessary to pursue lucrative careers and generally end up working in businesses in the community or becoming religious teachers. As a result, many are forced to rely on public assistance to support their families. Currently, 43% of the Hasidic population is poor.

This number is particularly significant because of the high birth rate in Hasidic families. Yaffed projects that by 2030, around 106,503 children in New York will be Hasidic, and 104,284 of those kids will be in Brooklyn… which would mean that 23 to 37 percent of school-age children in Brooklyn will be Hasidic by 2030. Unless major changes are made in the education system, a large percentage of these kids will end up dependent on government assistance.

Education varies by community and gender

As you can see, while most Orthodox communities provide a robust Judaic studies curriculum, there are major differences in attitudes towards instruction in secular education across the Orthodox spectrum. Unfortunately, religious leaders often use the general lack of knowledge about these differences to confuse the public and conflate their schools’ low performance with that of yeshivas or day schools that do provide a proper education. They may use examples of Orthodox (but non-Hasidic) people who have gone on to professional careers to prove that a yeshiva education is sufficient.

To counter these tactics, it’s important to be more specific with terminology and differences to identify exactly which communities are failing to provide a secular education.

Similarly, while ultra-Orthodox women may have received sufficient education to pass the New York Regents exam, Hasidic men may not even be able to obtain a GED.

These huge disparities mean that the very few Hasidic people who have managed to build a successful career had to overcome enormous educational hurdles in order to get there. They are the exception, not the rule.

Check out our pamphlet for more background information and further explanation of the issue, the complexities involved, and to learn how you can help ensure that all kids receive the basic education that they are entitled to by law.